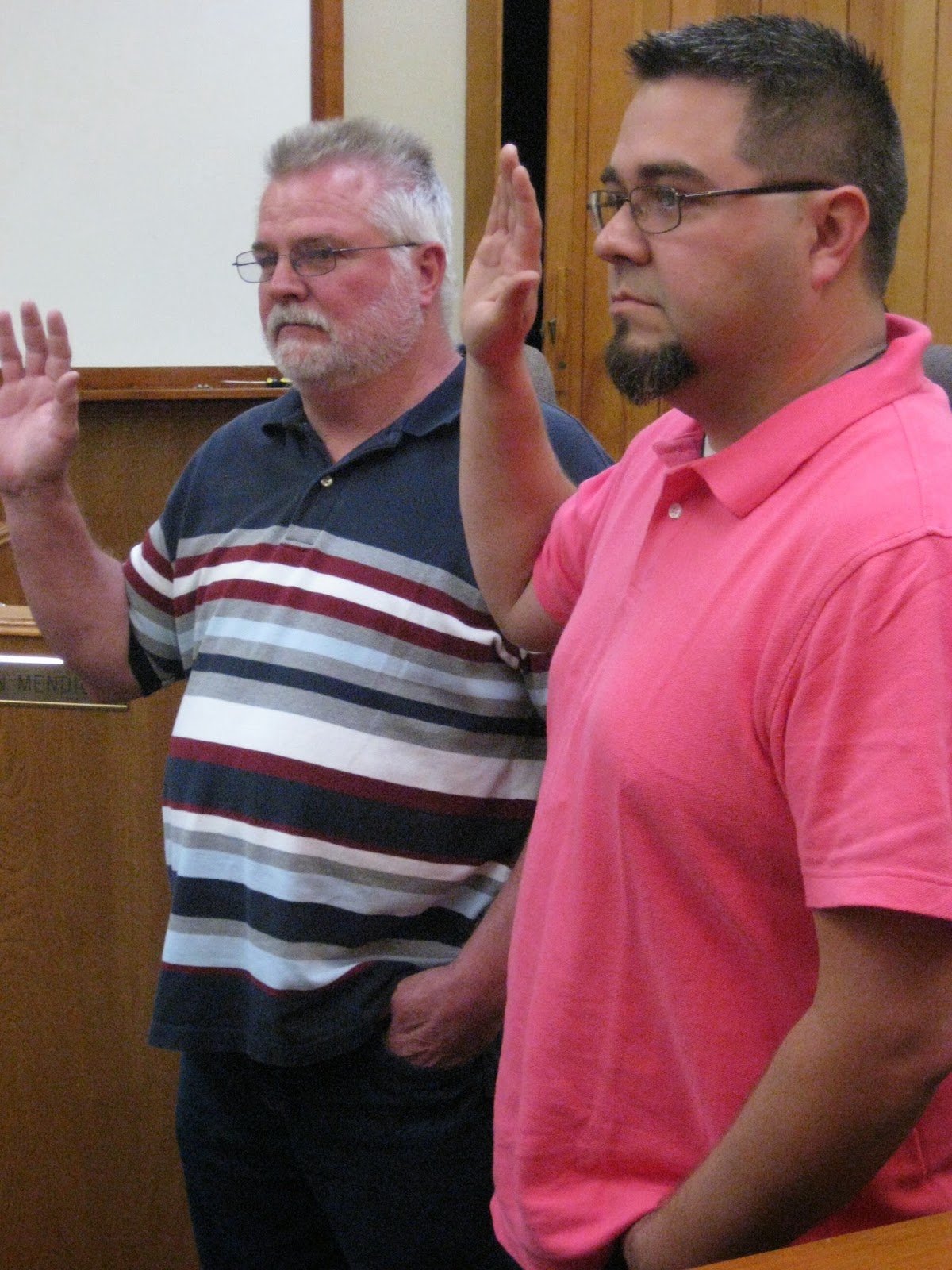 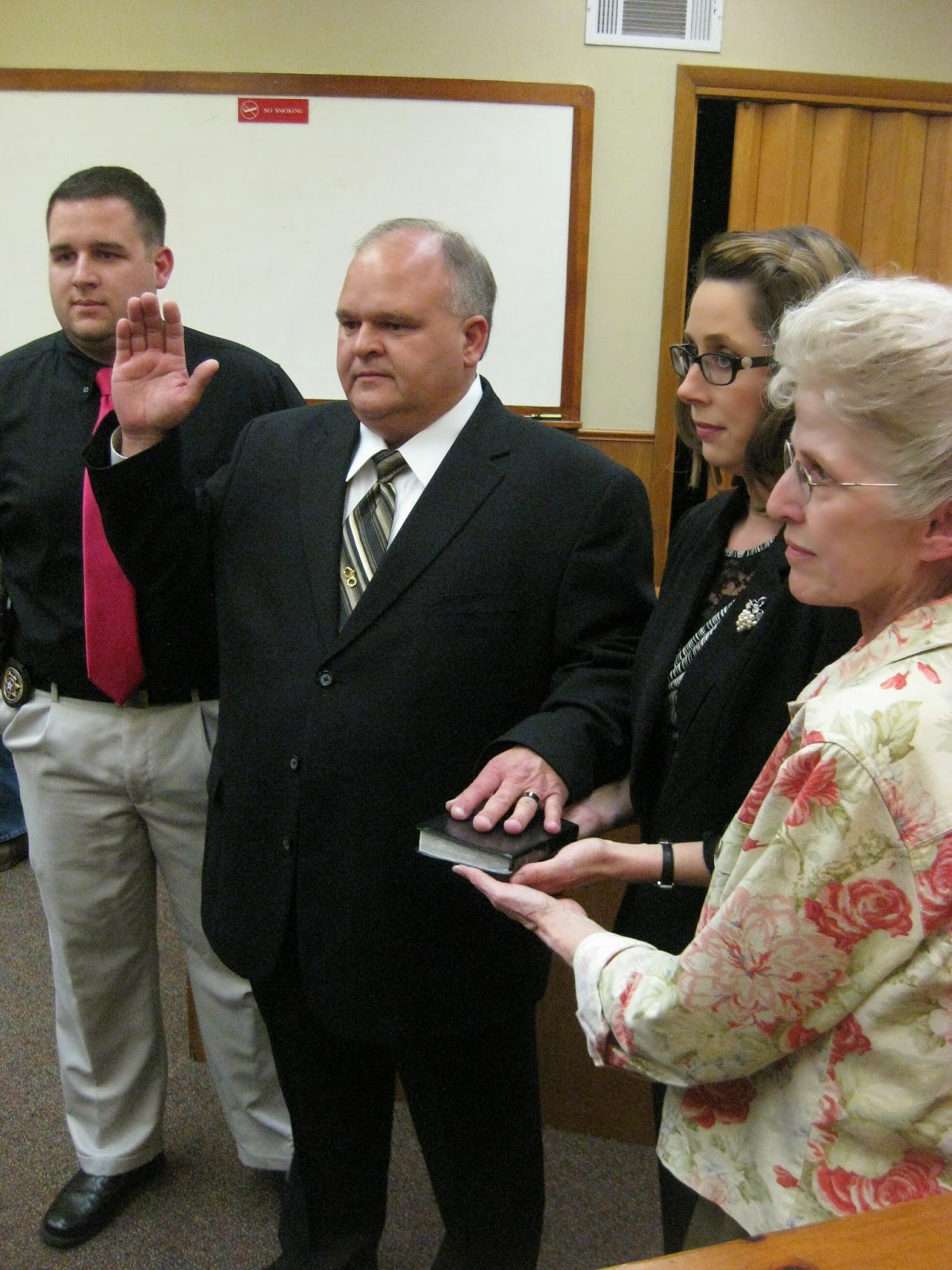 Sallisaw's new police chief, Terry Franklin, takes the Oath of Office at a special city meeting held Thursday evening. With him are his son, Chris, left, his wife, Colleen, and her mother, Janet Chance, right. Franklin won the post after defeating his opponent Sandy Girdner in a second election, held because the two candidates tied for votes in the regular city election.
For more news stories visit our website  at kxmx.com.
Photos by Sally Maxwell
Senior News Director