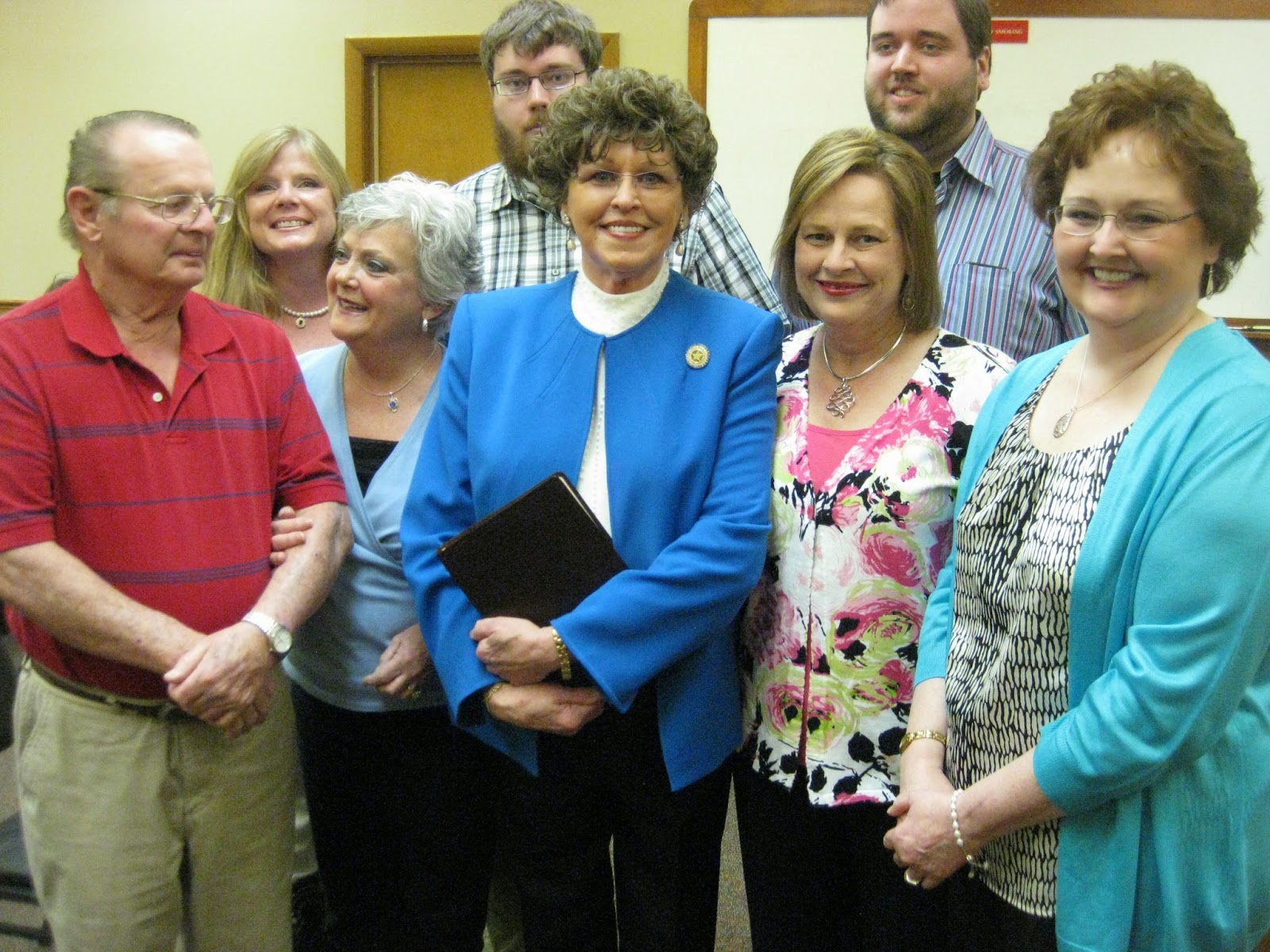 Julie Ferguson, center, holds her Bible on which she took the Oath of Office as the first female mayor of Sallisaw. She took the oath on Thursday evening at the city council chambers. With her are, from the left, her brother-in-law D.W. Ferguson; Sue Ellen Ferguson; Jo Ann Ferguson; Julie Ferguson's grandsons, Erick and Jason Minden; and her two daughters, Nita Minden and Dr. Teri Ferguson. The newly installed city officials take over their duties at noon on Monday, April 14. Stay tuned to KXMX for all the local news or visit kxmx.com.
By Sally Maxwell
Senior News Director