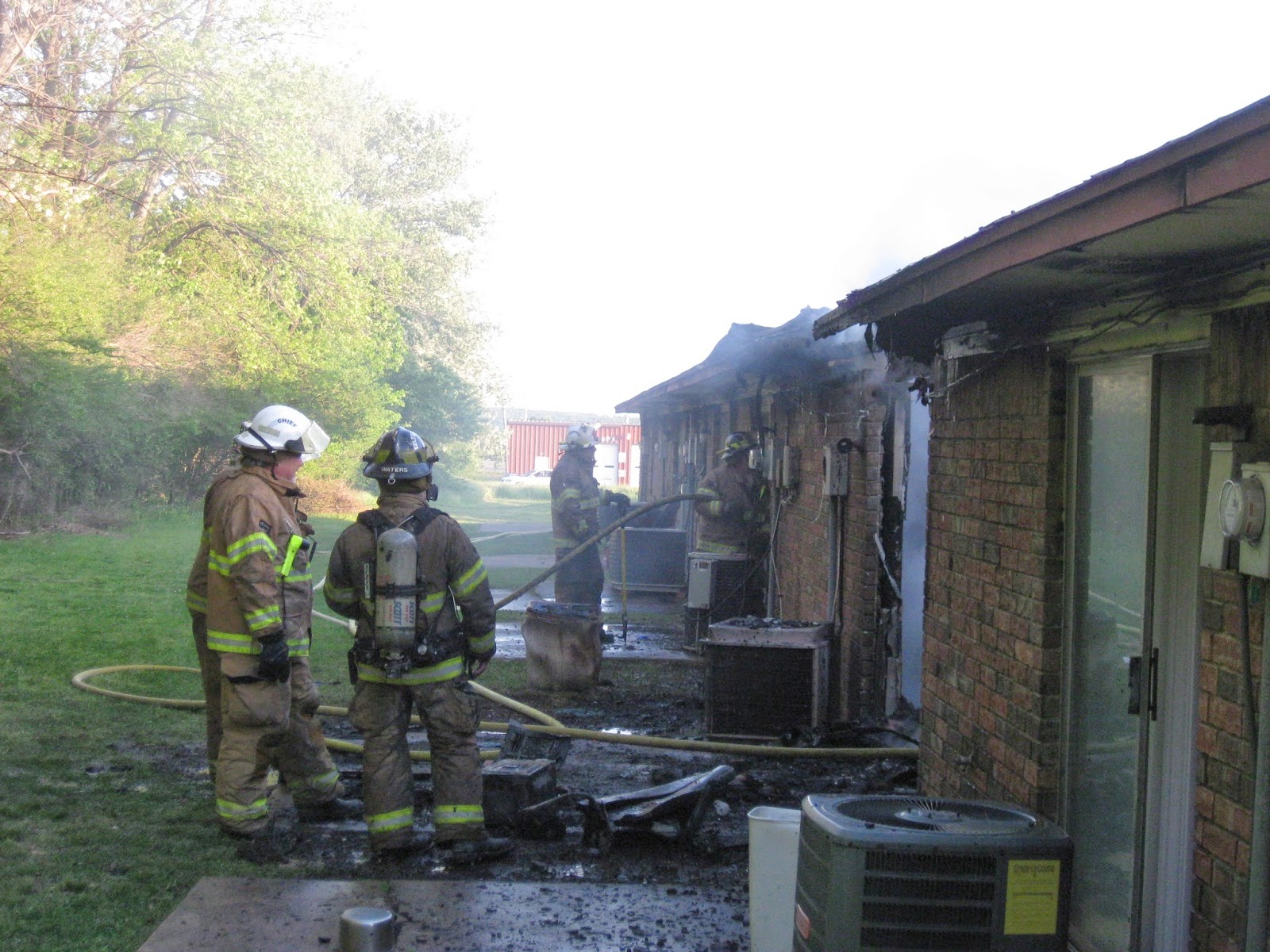 Six families in Sallisaw were left homeless Wednesday evening when a fire broke out at Royal West Apartments on Ruth Street. Sallisaw firemen contacted the Red Cross and Red Cross personnel were on their way to make other living arrangements for the families and to provide them with food. At least two apartments were destroyed in the fire and four others were badly smoke damaged. No one was injured and all the families and their pets were able to escape without injury. The fire erupted at about 7 p.m. and Fire Chief Anthony Armstrong, above left, said the cause of the fire was still under investigation. The fire began in Apt. 5, where Jimmy and Mary Hunt live. They believe a candle may have started the fire according to what they told apartment manager Brenda Adams. The apartment complex is owned by Lynn Bolton, who arrived shortly after the fire began. Adams said, "Everybody's safe. That's all I'm worried about. Material things can be replaced. No one died and even the animals are all safe." The families were told that when the firefighters had the apartment building safe, they would be allowed to get what they could from the smoke-damaged apartments. As of 8:15 p.m. all of Sallisaw's firefighters and fire trucks were still on the scene. Stay tuned to KXMX for the latest news, or visit www.kxmx.com.
By Sally Maxwell
Senior News Director
Posted by News Team at 8:13 PM