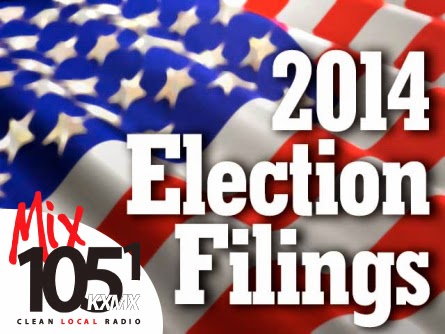 - County Assessor:  Donna Graham, 63, of Sallisaw, the incumbent, as a Democrat. She has drawn an opponent, Ronald Jay Byrd, 54, of Sallisaw filed as a Republican.

- County Treasurer:  No filings as of 2 p.m. Wednesday. The incumbent is Tricia Yates, a Democrat.

- County Commissioner District 1:  Ray Watts, 45, of Muldrow, the incumbent, as a Democrat.

- County Commissioner District 3:  Jim Rogers, 54, of Sallisaw, the incumbent, as a Democrat.

On the state level, three local candidates have filed for office. They are all incumbents. State Senator Mark Allen, 65, of Spiro who is a Republican, State Rep. John Bennett, 39, of Sallisaw, who is a Republican; and State Rep. Ed Cannaday, 73, of Porum, who is a Democrat. All three had to file with the state election board in Oklahoma City, and , as of 3 p.m. Wednesday, none had drawn an opponent.

Also filing with the state were Brian Kuester, 49, of Coweta, the District 27 District Attorney incumbent, who is a Republican, and District Judge Jeff Payton, 50, of Stilwell has filed to retain his post as judge for District 15.

Filing to run for associate district judge are Kyle Waters, 36, of Sallisaw and Matt Orendorff, 32, of Sallisaw. The incumbent is Associate District Judge Dennis Sprouse.

Other state and federal offices open are governor, lieutenant governor, state auditor and inspector, attorney general, state treasurer, superintendent of public instruction, commissioner of labor, insurance commissioner, two U.S. senate seats (one for the unexpired term of Tom Coburn of Muskogee who is resigning due to health reasons), and U.S. representative district2.

For more local news stories visit us at www.kxmx.com.
Posted by News Team at 4:49 PM