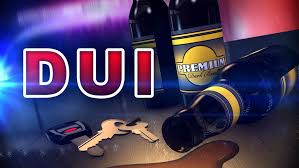 A Muldrow man was arrested Feb. 8 and charged with DUI, an arrest report reveals.

Wesley White, 58, was arrested after a Muldrow police officer was alerted by the Roland Police Department that an intoxicated man had left the Cherokee Casino and headed toward Muldrow.

A short time later, the Muldrow officer spotted White’s vehicle, a maroon Dodge Ram pickup, swerving between lanes. The officer activated his emergency lights and sirens and White pulled over into the Garrison Creek Rodeo grounds.

When the officer approached the pickup’s driver’s side window, he reportedly could smell alcohol on White’s breath. White told the officer he’d had about two beers, but his unsteady feet and slurred speech prompted law enforcement to perform field-sobriety tests, which White failed.

After the tests, White admitted to having 5-6 beers. When he was back at the Muldrow Police Department, White’s blood-alcohol content was .11.

The felony charge of driving while under the influence of alcohol is punishable by a fine of up to $2,500 and imprisonment for up to five years or a minimum of 28 days of treatment followed by 30 days of aftercare at the defendant’s expense or both.