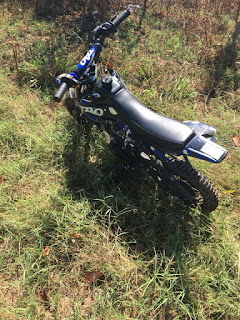 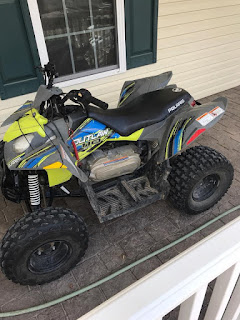 Three juveniles have been arrested and a stolen ATV and motorcycle (both pictured above) have been recovered in the Vian area. Sequoyah County Sheriff’s Deputy Thomas Stafford responded last Friday to a rural Vian residence in reference to an ATV and a motorcycle being stolen sometime during the night.

After taking the initial report, Deputy Stafford followed leads which led him to a residence about a mile from the victim’s home, where he located the stolen mini-bike along with a go-kart that was reported stolen a couple of days earlier. After questioning the juveniles at the residence, Stafford was able to locate the ATV at another residence.

Deputy Stafford then contacted a Vian police officer and they were able to obtain probable cause to arrest three juvenile males for the theft of the ATVs as well as numerous thefts and burglaries that occurred in Vian, which included Bubba’s Dairy Bar and the Vian smoke shop.

Sheriff Larry Lane commended both Deputy Stafford and Vian Police for their efforts.