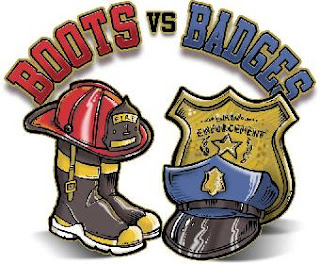 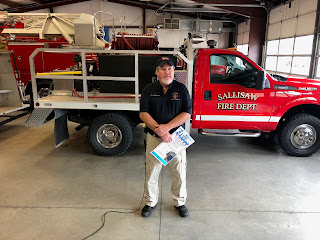 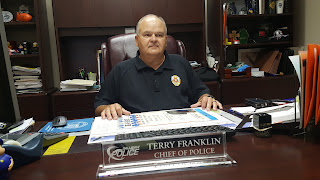 The good guys take on the good guys in a battle for bragging rights and a trophy as part of the Sallisaw Boots and Badges Community Challenge blood drive, set for next Monday, July 23, from 11:45 a.m. to 5:45 p.m. at the Sallisaw Civic Center on Elm Street.

Chiefs for both the police department and fire department have their own strategies for besting the other department in the drive.

Police Chief Terry Franklin said his department has won the last four years, and they would like to bring home the trophy again.

“It’s been just one or two donors that have separated it,” Franklin said. “We’re very fortunate to have won it. The firemen, they’re really working hard this year to try and take the trophy to their house.”

Fire Chief Anthony Armstrong said his department’s strategy has been to “allow” the police department to win.

“The police department has won the past several years, that’s just because we felt sorry for them,” Armstrong said jokingly. “We even had firemen donate and they wrote down that the donation be counted toward the police department.”

Regardless of who wins this year, both chiefs say this is all in good fun, but it’s for a great cause.

“The blood they get actually serves our hospital here in town,” Armstrong said, adding that the Oklahoma Blood Institute and its blood supply is vital for the community.

Blood donors who give next Monday will receive a limited-edition Boots and Badges t-shirt, and their choice of voucher, for two free admissions to either the Science Museum Oklahoma, or Safari Joe’s H2O Water and Adventure Park in Tulsa.

Blood donation takes just about an hour, and each donation can save the lives of up to three patients. Approximately 1,200 volunteer blood donors are needed each day to maintain the supply. Appointments are not required, but can be made by calling Greg at 479-652-2362 or visiting obi.org.

Donors will also be able to take part in the healthy competition by designating their donations to either the fire department or law enforcement as each department strives to top the other with the most blood donations.