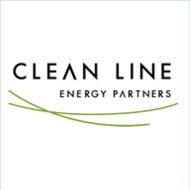 The Cherokee Nation Tribal Council is expected to vote Thursday on a resolution authorizing a grant of easement for a transmission line right-of-way across the Arkansas River to Plains and Eastern Clean Line Oklahoma LLC.

The easement is for a planned transmission line for wind-generated electricity from western Oklahoma to western Tennessee. Sequoyah County commissioners and governments in both Oklahoma and Arkansas have spoken out against the transmission line.

Members of the Cherokee Nation Tribal Council are also against the resolution.

But E.O. Smith of Vian, District No. 5 tribal council member, said, “This vote was tabled last time. I hope they table it again.”

Smith who has been in office just a little over a month, said he has been researching the Plains and Eastern Clean Line proposal and resolution, and would like to do more research.

Smith said he has received numerous phone calls both for and against the resolution.

“It’s not 50 (percent for) and 50 (percent against) by any means,” Smith said, “but the last two calls I got were both for the resolution.”

Most callers are against the resolution, Smith said.

“I don’t know how to vote,” Smith said. “I would like to see more research.”

Brian Warner, District No. 6 tribal council member, is against the resolution.

“My constituents are against this for various reasons, and I stand for my constituents,” Warner said. “The bulk don’t want it.”

Warner said he is for sustainable, renewable energy, but fears imminent domain by a private company would be a “slippery slope,” and lead to landowners having to give up easements which they don’t want to do.

“I don’t trust them,” Warner said. “I am against this and I still have that view. I hope we nix this.”

The resolution includes a promise of restitution for the easement across the Arkansas River in Muskogee County. The Plains and Eastern Clean Line Oklahoma plans are for the line to cross northern Sequoyah County if easements can be obtained.