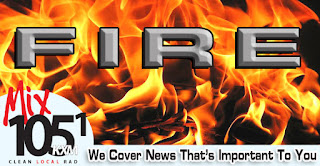 The Sallisaw Fire Department was dispatched at 1:05 p.m. Thursday to a fire at Hog Creek Salvage on Sallisaw’s northeast side.

Fire Chief Anthony Armstrong said firefighters extinguished the fire in about five minutes. He said it is believed the fire was started by a shorted-out electrical wire in an old building where some plastics were stored. The wire caught the plastics on fire but luckily did not spread to some stored tires nearby.

There was no major damage, Armstrong said.