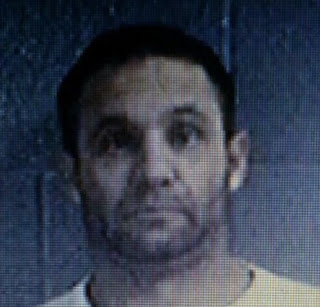 A be-on-the-lookout for, or BOLO, was issued early Friday for a 46-year-old man believed involved in a shootout with Stilwell police.

The man was identified as T.J. Cain. He is described as five feet, seven inches tall and weighing about 160 pounds. He has brown hair and green eyes. Police said he is considered to be armed and extremely dangerous. If seen, persons are advised to contact 911 immediately.

The shooting was reported to have happened at about 5 a.m. Friday. The Oklahoma State Bureau of Investigation (OSBI) has been asked to assist in the investigation. They reported the fugitive may be wounded after exchanging gunfire with Stilwell police and one of the officers believed he may have hit the man.

The OSBI reported officers were looking for a vehicle believed involved in a drive-by shooting when they spotted the vehicle but the driver would not stop. The driver led officers on a pursuit, then crashed the vehicle. The suspect then jumped out and ran from police, firing at them as he ran.

No officers were injured in the shootout.

Cain was able to get away and a BOLO for him was issued at about 10 a.m. Friday.

A warrant for his arrest for assault and battery with a dangerous weapon has also been issued.