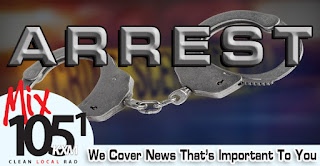 A 24-year-old Sallisaw woman is free on a $15,000 bond after she was arrested on a misdemeanor public intoxication charge, then found to be hiding contraband on her person as she was being booked into the Sallisaw jail.

Lacey Cheyenne Bagley Dierks was charged Aug. 7 in Sequoyah County District Court, Sallisaw, with bringing contraband into a jail and a misdemeanor charge of public intoxication.

The arresting Sallisaw police officer reported he checked on an intoxicated woman, identified as Dierks, in a truck in the Walmart parking lot on Aug. 2. After several tests the officer took Dierks into custody for intoxication and transported her to the city jail.

At the jail the suspect was put in the custody of a female jailer for dressing. The female jailer noticed that Dierks was trying to hide something in her boots. The jailer subsequently found a spoon with a blue substance wrapped in a paper towel in a boot, a syringe hidden in a body cavity and an Oxycodone pill in a bag in Dierks clothing.

The contraband charge was then added to Dierks charges and she was transported to the county jail. She was released on the $15,000 bond on Aug. 3.