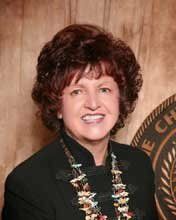 The Cherokee Nation has named the dialysis center at the Redbird Smith Health Center in Sallisaw as the Janelle Lattimore-Fullbright Dialysis Center.

Mrs. Fullbright was instrumental in getting the dialysis center in Sallisaw.

She died Dec. 10 at the age of 70. Services were held Dec. 14 at Immanuel Baptist Church in Sallisaw, and interment was in Akins Cemetery. A retired school teacher, Mrs. Fullbright was the daughter of Samuel Loyd and Juanita (Garvin) Lattimore.