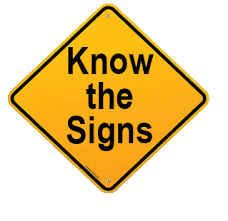 The OSDH reports youth suicide numbers continue to rise in Oklahoma. Between 2005 and 2014, youth suicide deaths from 10 to 24 years of age have increased by 31 percent, with an average of 85 youth dying each year by suicide. In 2014, suicide was the second leading cause of death among Oklahomans 10 to 34 years of age. According to a report released by the OSDH, more than 450 youth ages 10 to 24 died as a result of suicide from 2010 to 2014.

Warning signs a person may be considering suicide:
Talks about suicide
Has trouble eating or sleeping
Drastic changes in behavior
Withdraws from friends and social activities
Loses interest in hobbies, work, school, etc.
Makes out a will and final arrangements
Gives away prized possessions
Has attempted suicide in the past
Takes unnecessary risks
Has had recent severe losses
Is preoccupied with death and dying
Loses interest in their personal appearance
Increases the use of alcohol or drugs

What to do:
Be direct. Talk openly and matter-of-factly about suicide.
Be willing to listen, allow expressions of feelings and accept the feelings.
Be non-judgmental and don’t debate whether suicide is right or wrong.
Get involved, become available and show interest and support.
Get support and don’t be sworn to secrecy.
Offer hope that alternatives are available.
Remove lethal means such as guns or stockpiled pills.
Get help from persons or agencies specializing in crisis intervention and suicide prevention.

To access the report on youth suicides and other statistics, visit the Oklahoma Violent Death Reporting System web page http://okvdrs.health.ok.gov.