Jack Montgomery Among Those Veterans Honored by Tribe 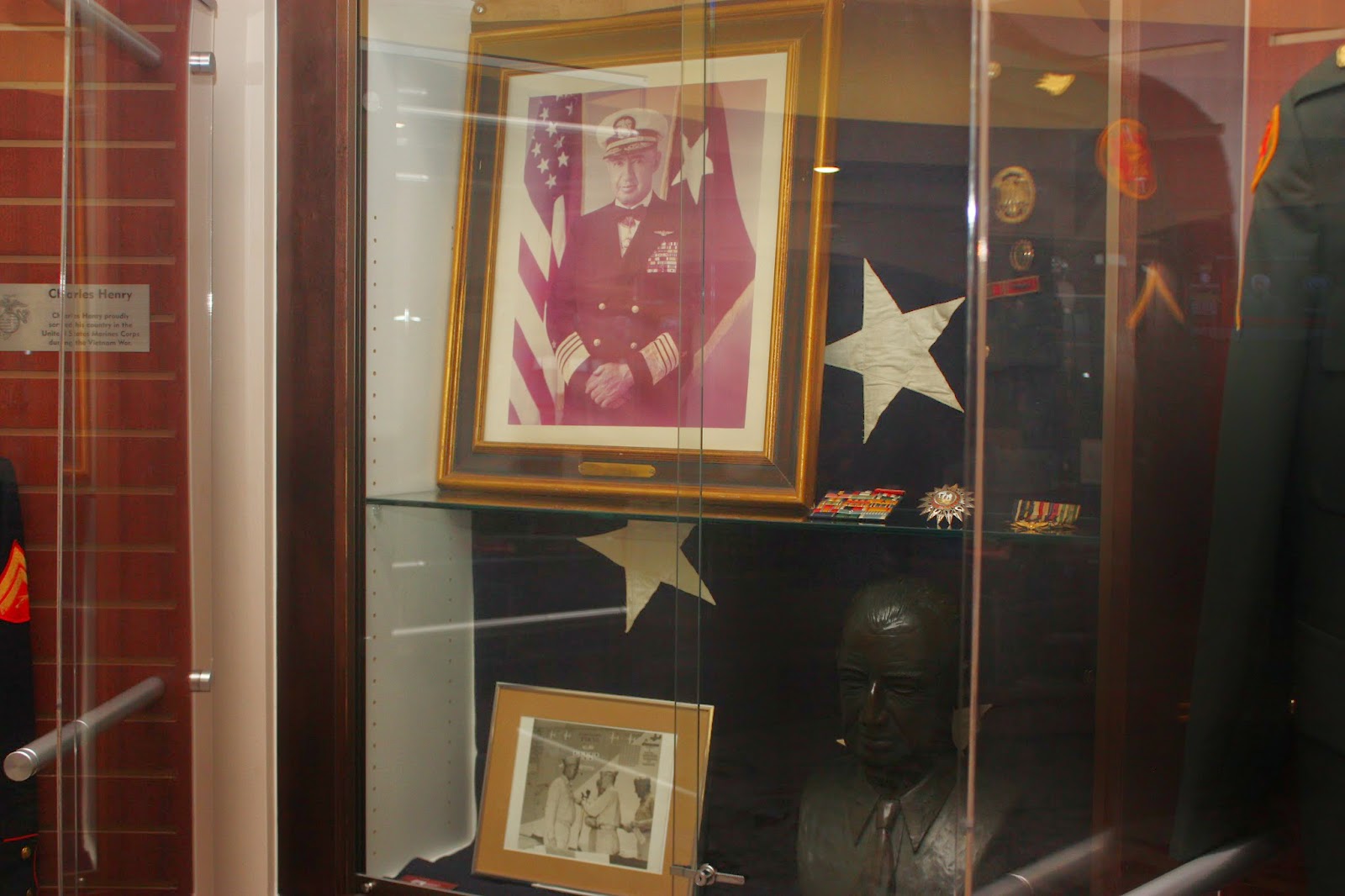 A Sequoyah County native and member of the Cherokee Nation, Lt. Jack C. Montgomery, who was awarded the nation's highest military award, the Medal of Honor, is one of those Cherokee veterans recently honored by the nation. Tribal officials are honoring Cherokee veterans and bringing history to life through displays at the Cherokee Nation Veterans Center in Tahlequah. New displays feature Lt. Jack C. Montgomery and Admiral Joseph J. Clark, who are considered two of the most highly decorated Cherokee citizens to have ever served in the U.S. military.

Cherokee Nation Principal Chief Bill John Baker said, "Cherokee citizens have a long history of service. Cherokee Nation has always honored and revered our warriors for protecting our freedom. The veterans center makes it possible for us to show our eternal gratitude toward our Cherokee veterans while providing them with needed services, camaraderie and a welcoming space.

Tribal officials estimate there are more than 4,000 Cherokee veterans. The tribe is honoring those citizens and their service by presenting many of their stories, artifacts and memorabilia to the public. The $2 million Cherokee Nation Veterans Center, which was tribally funded, features military-themed artwork by American Indian artists and display cases showcasing multiple Cherokee veterans' military regalia.

Deputy Chief S. Joe Crittenden, said, "Native Americans serve and defend our country at higher rates than any other ethnicity. It is important that we honor these brave women and men for their sacrifices and the important roles they serve in securing and defending our liberties." Crittenden served in the U.S. Navy in Vietnam.

One of the newest features, above, honors Cherokee citizen Montgomery. He is one of only eight Native Americans in the 20th century bestowed with U.S.'s highest military honor. Montgomery was awarded the Medal of Honor for his heroic actions during the Battle of Anzio in World War II. Montgomery's artifacts and memorabilia include several photographs, awards, certificates and medals such as his Purple Heart, Silver and Bronze Stars, and Cherokee Medal of Patriotism. The collection also consists of items depicting Montgomery's Medal of Honor, including detailed narratives, his certificate, a crystal plaque, a memorial dedication shadow box and flag, and photos of him with his medal.

Montgomery, for whom the Veterans' Hospital in Muskogee is named, was born on July 23, 1917, in Long. He joined the Army in 1937 from Sallisaw, and by Feb. 22, 1944 was a first lieutenant in the 180th Regiment, 45th Infantry Division, serving in Italy. On that day, near Padiglione, Italy, Montgomery single-handedly attacked German positions, killing 11 enemy soldiers and taking dozens of prisoners. For his actions, in which he was seriously wounded, he was awarded the Medal of Honor on Jan. 15, 1945. Montgomery died on June 11, 2002, at age 84, and is buried in the Fort Gibson National Cemetery.

Another new display honors Cherokee citizen and Navy Cross recipient Admiral Joseph James "Jocko" Clark. Clark was the first Native American to graduate from the U.S. Naval Academy and went on to serve in World War I, World War II and the Korean War.