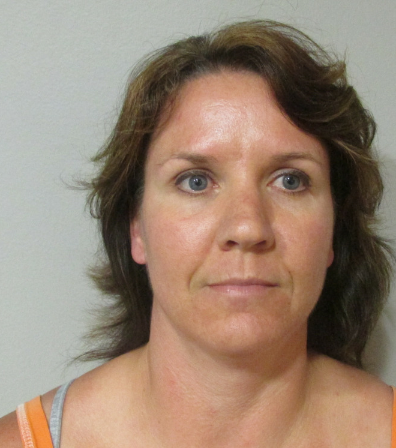 The preliminary hearings for two defendants accused of various charges which left a Muldrow teenager with severe brain trauma have been postponed until 9 a.m. Oct. 3 in Sequoyah Count District Court, Sallisaw. Kyle Lewis Brannon, 19, of Muldrow is charged with accessory after the fact and misdemeanor charges of destroying evidence and obstructing an officer. Angela Gray, 39, of Muldrow (pictured above) is charged with failure to stop-accident resulting in non-fatal injury, contributing to the delinquency of minors and selling or furnishing alcoholic beverage to a minor. Both have plead not guilty to the charges. Due to a scheduling conflict, Judge Lawrence Langley continued the preliminaries to 9 a.m. Oct. 3.

Gray and Brannon are accused of not calling for help and removing evidence from the scene of an ATV wreck on Sept. 1, 2013, which left Christian Mayberry lying unconscious in a ditch for about three hours without medical help. Mayberry suffered severe brain trauma as a result of the wreck. He was moved to a rehabilitation center in Florida on Sept. 14 and his parents have high hopes for his recovery. By Sally Maxwell, Senior News Director