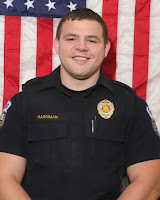 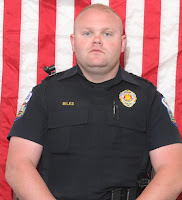 Police officer Devin Harriman and Investigator Coty Biles both fired their weapons during the altercation with Watie on Thursday morning south of Sallisaw, Murray stated.

According to investigators with the Oklahoma State Bureau of Investigation (OSBI) Watie allegedly came at the officers with a knife which lead to the shooting.

Murray stated that Harriman was scheduled to be off duty on Thursday but was called in to work for an officer who had left work sick. Harriman was dispatched on the call that resulted in the shooting just 29 seconds after being placed on duty. According to Murray, Harriman was dispatched straight from his home to the call and did not have time to report to the police station first which would have been normal protocol. Harriman was not wearing a bodycam at the time of the shooting because he did not have time to check in at the police station first. Bodycams are checked in and left at the station each night to be charged and to have the shift's footage downloaded, Murray said. Biles was not wearing a bodycam because detectives with the department do not wear them.

Patrol cars are not equipped with dashcams at this time.

A Sallisaw School employee notified police Thursday morning of a suspicious man walking along Highway 59 south of Sallisaw. There was concern that the man could have been the escaped inmate from Missouri that had been spotted in the area and was considered armed and dangerous.

Family members of Watie have stated that he was walking to work and that this was his normal routine.

Murray stated that Harriman has been with the Sallisaw Police Dept. for approximately three years and Biles has been with the dept. for 3-4 years but has several more years of experience with other departments.

Both officers are currently on paid administrative leave while the Sequoyah County Sheriff's Dept. and the OSBI continue their investigation.