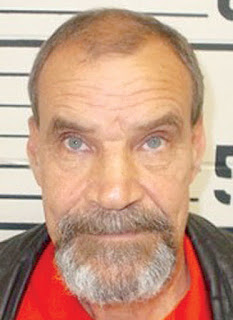 A bench warrant was issued, then recalled last week, for a Cherokee County man who is running for the U.S. District 2 Congressional seat as a Democrat. This is the seat currently held by Markwayne Mullin.

Paul Edward Schiefelbein, 57, of Tahlequah, failed to appear in Cherokee County District Court on three misdemeanor counts – driving while under the influence of drugs, unlawful possession of drug paraphernalia, and possession of a controlled dangerous substance – filed on Feb. 22. Schiefelbein entered a not guilty plea to the charges on Feb. 23.

Court records indicate Schiefelbein was to appear in court on June 6 but failed to appear. District Judge Larry Langley then issued a bench warrant for his arrest. Judge Langley recalled the warrant on June 13 and court records note Schiefelbein had filed a motion for discovery, or for more information on the charges.

Court records indicate Schiefelbein was arrested by an Oklahoma Highway Patrol trooper on Jan. 30 on State Highway 82 north of Tahlequah. According to the charges, Schiefelbein was driving a 2008 Pontiac while under the influence of intoxicating substance. Schiefelbein had marijuana and a smoking pipe in his possession, the charges allege.

Schiefelbein is one of two Democratic candidates on the ballot in the June 28 primary election. Joshua Harris-Till is also running for the District 2 Congressional seat.

One Independent candidate, John McCarthy, has filed for the seat, and his name will be on the November general election ballot.