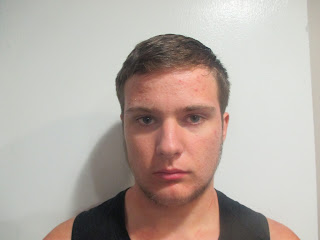 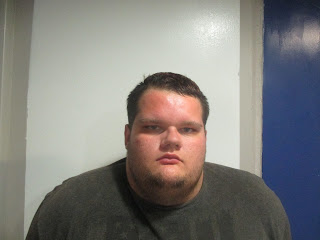 Sequoyah County Sheriff Ron Lockhart announced Monday that a pair of brothers have been arrested, after an attempted burglary at Gene’s Dive Shop on State Highway 10A near Lake Tenkiller.

Lockhart said arrested were Cody Sparks, 18, and Coltin Sparks, 20, both from the Cookson area. Lockhart said the brothers are believed to be the suspects in numerous burglaries at commercial businesses in the area.

Lockhart explained how the two were captured. He reported that at about 2 a.m. Monday, Sequoyah County Deputy Thomas Stafford was patrolling the Lake Tenkiller area and heard an audible alarm at Gene’s Dive Shop.

When he arrived at the business he noticed it appeared it had been burglarized, Lockhart reported, and the suspects had broken a window to get into the business. Gore Police Officer Randy Taylor arrived a short time later, the two officers took the Sparks brothers into custody.

Lockhart said the following burglaries are believed cleared: The Smokin Goat Bar in Vian; Big Daddy’s restaurant at Lake Tenkilller; Gene’s Dive Shop; the ice house at McQuicks, north of Vian, which had been broken into twice; the Fast Trip on Highway 17; Shad’s Catfish Hole near Kerr Lake, burglarized twice; Kiki’s restaurant in Sallisaw; and the Tumbleweed Bar on U.S. Highway 59 south of Sallisaw.

Lockhart said, “The Sequoyah County Sheriff’s Department with the assistance of Sallisaw and Gore police have been working together the last three months on the commercial businesses being broken into. We have conducted electronic surveillance and added extra patrols and details in an effort to locate these suspects. We felt confident the same person or persons were involved.

“I appreciate the hard work of all agencies involved and the cooperation from all agencies,” Lockhart said. “We are glad these suspects are off the street.”