School Must Deal with Another State Budget Cut 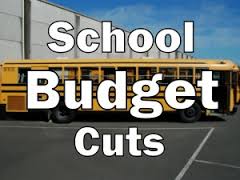 Sallisaw Schools must deal with another budget cut after the State Board of Education approved $38.2 million in mandated cuts last week.
The cuts will be to a line item called Support of Public School Activities.
Sallisaw Schools Superintendent Scott Farmer said that funding is not for student activities such as sports. “That’s a whole other beast,” he said.
This cut will be to programs such as alternative education, professional development, and the parents as teachers program. Sallisaw Schools does not participate much in the parents as teachers program but alternative education, known as the Black Diamond Academy in Sallisaw, and the professional development program, which is essentially continuing education for principals and teachers, will be impacted.
Although the budget amounts are not fixed yet, Farmer said he expects about a $10,000 cut to the alternative education and professional development programs.
Reduced state revenues will cost the Sallisaw School System about $225,000 for this upcoming fiscal year, which begins July 1. But Farmer explained that, from 2009 to the present, Sallisaw Schools has lost about $1.7 million in funding. “Every year we’ve had reduced funding,” he said.
With the line items cuts of Public School Activities, Farmer said he expects funding for the Black Diamond Academy to be cut from $50,000 a year to around $40,000.
He explained Sallisaw’s alternative education program is for at-risk students in danger of not obtaining their high school diplomas. The program is limited to 16 students and one teacher. It is held in the Ag Building on the high school campus.
Farmer, who also serves as the school system’s financial officer, said planning for such budget cuts “is hard when you have fixed costs, such as one teacher’s salary, the lights and air conditioning for the room, etc.”
Cuts to the professional development program may have to be absorbed by the participants, principals and teachers who are required to take additional training.
Sallisaw Schools has absorbed the continuing cuts to its budget by not replacing teachers and staff as they retire or leave. Salaries are traditionally the highest cost to a school system. The duties of those who leave are usually passed on to those who remain, or are eliminated.
“The lion’s share of the budget is personnel,” Farmer said.
But, Farmer said, “We will continue to have the alternative school.”
Farmer does not know yet what the school system’s budget will be for the 2016-17 school year. He must wait on the final amount set by the county excise board, which is allocates property taxes. That amount is announced in October.
“That allows us to finalize our final budget,” Farmer said. Still, he is already planning for the next school year, which begins Aug. 11.
“It’s tough with the fixed costs,” he concluded. “They don’t leave us much wiggle room.”
The State Board of Education’s cut to the Public School Activities Fund reduced the 2016 appropriation form $130 million to $92 million for 2017 statewide.