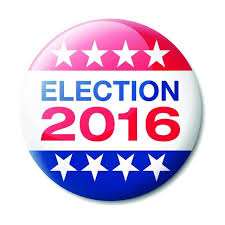 Democrats, Libertarians, Republicans, and even independents may go to the polls for Oklahoma’s primary election.

The primary election will be on Tuesday, and early voting will be available at the county election board office in Sallisaw from 8 a.m. to 6 p.m. Thursday and Friday. Early voting is also available from 9 a.m. to 2 p.m. Saturday.

On Tuesday, polls will be open from 7 a.m. to 7 p.m. See the list of the polls at the end of this posting.

Sequoyah County Democrats will be choosing a candidate for U.S. Representative District 2 and for county sheriff. Those living in the west end of the county will be voting for County Commissioner for District No. 2.

The Democrat candidates for U.S. Representative District 2 are Joshua Harris-Till and Paul E. Schiefelbein. The winner will face the Republican and Libertarian candidates for the same office in the Nov. 8 general election.

The Democrat candidates for county sheriff are Ron Lockhart, the incumbent, and Roy L. Coleman. The winner will face the winner of the Republican primary for sheriff.

On the Libertarian ballot, two men hope to be a candidate for the U.S. Senate. They are Dax Ewbank and Robert R. Murphy. The winner will face the Republican and Democrat candidates and two independent candidates for the same office in the Nov. 8 general election.

The candidates for county sheriff are Greg Peters and Larry Lane. The winner will face off against the winner of the Democrat primary on Nov. 8.

The following polling places will be open on Tuesday.