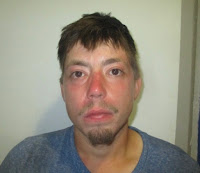 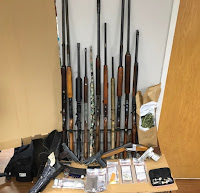 As a result of a lengthy investigation into the distribution of methamphetamine, opiates and marijuana, the Sequoyah County Sheriff's Office along with the District 27 Drug Task Force (DTF) executed three narcotic warrants this week finding methamphetamines, marijuana, prescription opiates, guns and cash.

On Thursday, Oct. 18 sheriff's deputies, investigators and District 27 DTF agents executed two narcotics search warrants simultaneously on two separate residences in the Scratch Out area, north of the New Hope community in northeast Sequoyah County. The residences were next door to each other. However, no one was at home at one of the residences.

On the next day, Friday, Oct. 19, a search warrant was executed in the northeast area of the Akins community. Deputies and investigators found items and substances consistent with the distribution of methamphetamines, as well as over $7,000 in U.S. currency along with around 1,700 fake $100 bills (pictured below). 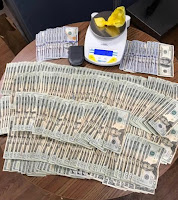 Arrested at the residence was Miguel Romero, 52, and London Brooke Bolin, 19, both of Sallisaw (pictured below). The two are being charged with possession of CDS (meth) with intent to distribute, possession of drug proceeds and paraphernalia. No bond has been posted at this time. 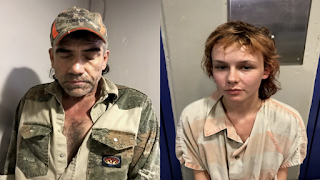