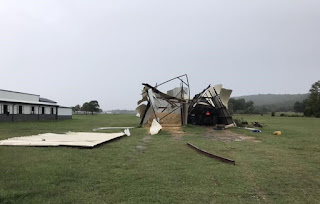 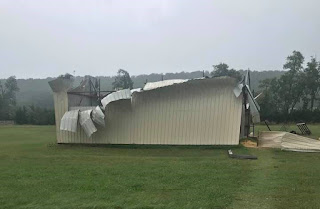 Rutherford said what was believed to be a tornado funnel was observed by four different people, and did damage to two separate properties on Shiloh Road on Sallisaw’s west side. Part of that damage was inside Sallisaw city limits.

Rutherford said two barns were damaged, a home received minor damage, and a power pole was broken, along with other property damage.

Rutherford said he saw no funnel clouds on radar, but added, “These small tornadoes can spin up out of nowhere.”