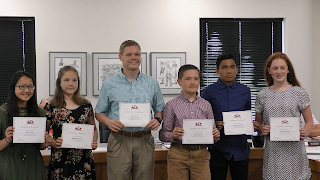 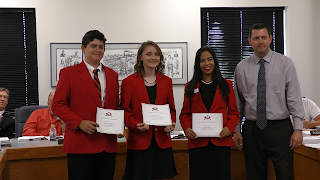 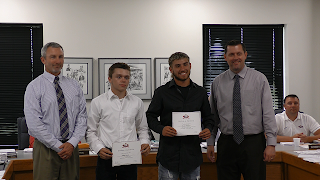 Bennett Lessley was recognized for his achievements in track, specifically the hurdles.
From left to right, Russell Tillery, Bennett Lessley, and Scott Farmer.

Several outstanding students were recognized at the beginning of the regular monthly meeting of the Sallisaw Public School board of education.

“The culture and climate of the school is set by the kids,” Farmer said. “What you do matters; don’t ever take that for granted.”

Bennett Lessley was also recognized at the board meeting for placing second at regionals and third at state in the 330 meter hurdles.

Farmer commended all of these students who were recognized for their outstanding accomplishments in their respective fields.