Muldrow Assistant Chief Due Back at Work Monday 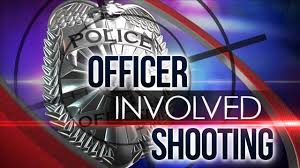 Lawson explained that Keith’s actions during the standoff and wounding of a man in Muldrow were reviewed by himself and found not to have violated any of the department’s policies. Lawson said this was an administrative review only. A criminal review of the shooting is being done by the Oklahoma Bureau of Investigation (OSBI).

“It will be maybe two weeks before we hear from them,” Lawson said.

Lawson said Keith is expected to be back on the job by Monday. He was put on paid administrative leave after the shooting, which is the usual procedure. Because of the leave, Keith took vacation for the current week, Lawson said.

The standoff with the unidentified man began at about 4:30 p.m. Feb. 8 at Main and Interstate 40 in Muldrow, and concluded about three hours later when the man fired a gun at police. Keith fired back and wounded the suspect, whose name is not being released.

Lawson said the man was flown to the University of Arkansas Medical School in Little Rock, and is out of ICU. He is expected to survive the wounding, Lawson said.

The OSBI is also investigating a shooting by a Sallisaw officer that left a man dead on Jan. 22, and is investigating the performance of a Sallisaw employee, believed to be former City Manager Clayton Lucas II. District Attorney Jack Thorp said Monday that the OSBI is briefing him on all three investigations but has not yet submitted a final report.