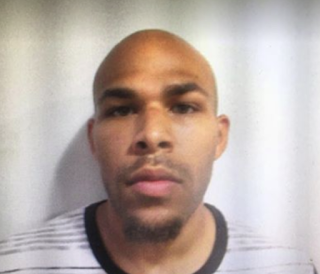 A 26-year-old shooting suspect was arrested south of Sallisaw Monday by the Sequoyah County Sheriff’s Office.

Tracy Jones, who was wanted for shooting a Muldrow man on Dec. 19, was found hiding in a building’s heating and air conditioning duct, said Muldrow Police Chief George Lawson. He was taken into custody without incident, and even told the arresting deputies that he was “tired of running.” He was booked into the Sequoyah County Jail in Sallisaw.

Lawson said the Muldrow Police Department was working with the sheriff’s office, and other police departments from Roland and even Fort Smith in the hunt for Jones.

“We were searching all the houses of the people he knew,” Lawson said. “The sheriff’s office got word of where he was hiding and made the arrest. They called me at 6:30 p.m. Monday.”

Jones was wanted on three warrants. The Muldrow warrant was for assault and battery with a dangerous weapon and other charges related to the shooting on Dec. 19 that sent David Owens, 38, of Muldrow to a Fort Smith hospital with a gunshot to the chest and a bullet lodged in his back.

Lawson said Owens is recovering and was released from the hospital two days after the shooting.

Owens told investigators that the shooting was the result of a “drug deal gone bad, and that a black male by the name of Tracy had shot him.” Through a witness statement, the suspect was identified as Jones.

“I’m glad he is in custody, and justice will be served,” Lawson said. He added that he expected Jones would be arraigned Wednesday in Sequoyah County District Court in Sallisaw.