Inmate Escaped in His Own Truck 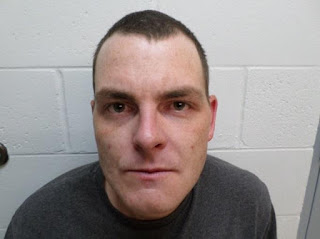 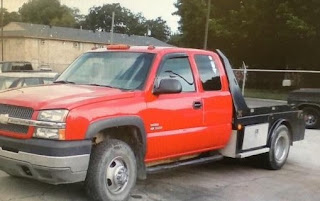 Sallisaw Police have released additional information about a city inmate who escaped from a work crew Wednesday.

Austin McCallie, 27, is the inmate who escaped while on a work crew working along Ruth Street in front of Walmart.

Police reported McCallie was arrested on April 30 in Sallisaw for petit larceny inside Sallisaw Walmart.

McCallie was working on a supervised work detail in Sallisaw when the work crew pulled into the parking lot of Dollar Tree across from Walmart and stopped.

Inmate McCallie jumped out of the work crew vehicle and ran north across Ruth Street and into the Walmart parking lot. The supervisor of the work crew then notified the police department via radio of the situation and the direction of travel of the escapee. A witness in the parking lot of Walmart called 9-1-1 and reported that a male subject wearing jail clothing ran to a parked vehicle in Walmart near Tire Lube Express and entered the vehicle and drove the vehicle South on 59 Highway. The vehicle is described as a 2003 Chevrolet extended cab flatbed pickup.

A Sequoyah County Felony Warrant has been issued for McCallie for escape, knowingly concealing stolen property and larceny.

Police Chief Terry Franklin said it is believed McCallie is from Oklahoma City but had been staying in Mena, Ark., with a girlfriend.