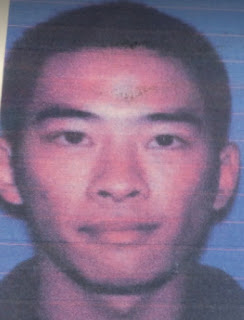 A Fort Smith man, accused of assault and battery with a deadly weapon in Sequoyah County, remains incarcerated in the Sebastian County (Ark.) Detention Center.

Anousith Mike Inthavong, 27, is being held in the Sebastian County jail and was served a warrant there from the Arkansas court on Monday for failing to pay a fine. Sequoyah County Sheriff Ron Lockhart said Thursday that Sequoyah County has issued an arrest warrant for Inthavong, but must wait until the charges in Arkansas are settled before he is extradited to Sequoyah County to face charges here.

“We’re waiting on them to tell us when to come and get him,” Lockhart said. Lockhart said he did not know what charges Inthavong faces in Arkansas.

Inthavong and Sahalat Patrick Xayavongsa, 29, also of Fort Smith, are accused of shooting a 42-year-old Fort Smith woman, Melinda Stephenson, and leaving her in a ditch on old Highway 64 south of Roland early Oct. 22.

Stephenson was reported to have four bullet holes in her upper torso, and was in critical condition after emergency surgery on Oct. 22 in a Fort Smith hospital. She was eventually able to tell investigators about the assault.

Inthavong was arrested Oct. 24 in Van Buren and transported to the Sebastian County jail. He was charged with assault and battery with a deadly weapon in Sequoyah County on Oct. 22, the same charges Xayavongsa faces in Sequoyah County District Court. Xayavongsa entered a not guilty plea to the charge and is free on a $20,000 bond.