2016 an Important Election Year for County and Beyond 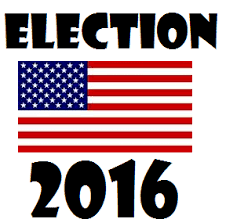 Sequoyah County, Oklahoma, the United States of America and the world are gearing up for the 2016 elections, when voters will determine who will serve We The People, from local levels to the highest office in the land, the President of the United States.

On the national level, in addition to President, voters in eastern Oklahoma will also determine who will be U.S. Representative from District 2. The office is now held by Congressman Markwayne Mullin (R-OK) of Westville.

To get to those elections, both voters and candidates must take some necessary steps.

To run for election in Oklahoma, the candidates must file their declarations of candidacy with the county or state election boards. The filing period will be from April 13 to 15.

The primary election, when members of the Republican and Democrat parties choose their candidate for the general election on Nov. 8, will be held June 28.

To be eligible to vote in that primary election, voters must be registered by June 3.

If no one candidate is a clear 50 percent plus winner in the primary election then a run-off election will be held on Aug. 23.

And all the above leads to the final casting of votes in the Nov. 8 general election. That ballot will include the local offices, if there are both Democrat and Republican candidates, along with state level candidates and questions, and the names of those who wish to serve as President of the United States.

For information about voting in the 2016 elections and as a candidate contact the Sequoyah County Election Board in Sallisaw at 918-775-2614.