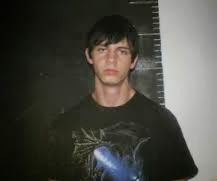 Sheriff Rob Seale said they are waiting on results of a medical examination to see if Joshua Teves died of an ailment or a drug overdose.

His body was discovered in a pond located west of Talihina Monday, January 27 in approximately three inches of water.  Teves, 19, had been reported missing from the Talihina area the previous week.  According to the Sheriff's office, the body was sent to the state medical examiner's office to determine cause of death.  It could take several weeks for the examination to be completed.  In the meantime the investigation is being conducted as a homicide.  Seales said if Teves' body was dump- ed in the pond after his death by someone, they could face felony charges.  This is due to Oklahoma having a statute against improper disposal of a body.

For more stories visit us at www.kxmx.com
Posted by News Team at 1:45 PM