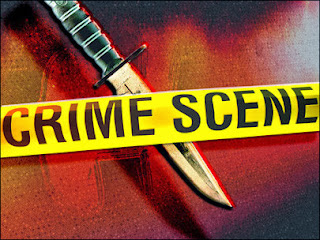 Darrell Brown of the Vian area and Kevin Robinson of Gore were at a residence north of Vian and Gore, west of Fin & Feather, when the stabbing occurred.  The stabbing took place beginning with an argument between Brown and his mother.  It was regarding how much money she owed him for pur- chasing groceries for her on his food stamp card, according to Sequoyah County Sheriff's office De- puty Monty Davis.

Brown is accused of stabbing Robinson once in the abdomen with a four-inch blade.  Robinson is now recovering at St. Francis Hospital where he was life-flighted after the altercation.  He is in improving condition.

For more stories visit us at www.kxmx.om
Posted by News Team at 10:08 AM