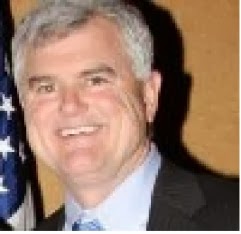 The pilot and passenger on board the 1997 single engine Piper Saratoga that crashed near Huntsville Monday have been identified as Ivan and Adina Williams, husband and wife, owners of Williams Con- struction Company in Pryor, Oklahoma according to officials.

According to flight records at 11:01 a.m. a single-engine plane left Sylacauga, Alabama heading to Claremore, Oklahoma.  Air traffic control was notified by the plane's operator that the plane was ex- periencing problems.  The operator never checked back with air traffic controllers, according to the Madison County Sheriff's office.  The plane was suppose to have arrived in Claremore around 3 p.m.

The plane, according to officials, was losing altitude near Huntsville.  It was flying at approximately 156 knots or about 170 mph when the aircraft was last seen on radar.  Phyllis Turner, who lives near the search area, said she heard a boom between 2:10 and 2:30 in the afternoon.

The search was resumed Tuesday at 7 a.m.  The last place crews had looked on Monday was be- tween Mountain Road and Ball Creek Road near St. Paul.  The plane was found early that morning, according to Robert Loeher with the Civil Air Patrol.  About eighty people from agencies in Benton, Madison and Washington County assisted in the search.  The U. S. Forest Service, Game & Fish Commission and the Arkansas State Police from Troop L in Springdale also responded.

From 1968 to 1972 Ivan Williams, 63, majored in industrial management at the University of Arkan- sas.  He has owned Williams Construction since 1977 which laid the concrete structure for the BOK Center in Tulsa.

For more stories visit us at www.kxmx.com
Posted by News Team at 11:59 AM