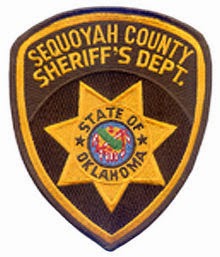 Over the weekend, Albert Eugene Mears from Muldrow left to go metal detecting and has not been heard of since.  His family said he left without his cell phone.  He was wearing a white t-shirt and jeans and was driving a 2008 black Toyota car.

Mears' daughter, Donna Casey, said this is the first time anything like this has happened.  Sequoyah County Undersheriff Roger Fuller said they've checked everywhere, along with the family.  Mears is believed to be out of the county.

They are about to celebrate their fifty-eighth wedding anniversary Mears' wife, Helen, said and the idea of him not returning home scares her.  She thought maybe he had had a wreck or something.  She also said she figured they would probably know where he was at or get a phone call from him.

Mears has no serious medical problems the family said.  His bank account records are being moni- tored.  However there's been no activity.

For more stories visit us at www.kxmx.com
Posted by News Team at 12:29 PM