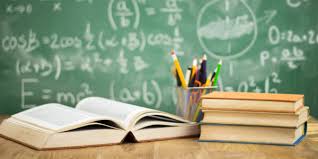 Schools, churches and other organizations were scrambling this week preparing for a teacher walkout on Monday, to protest the state’s lack of funding for education.

The state legislature passed a bill this week to fund teacher raises. The bills includes a $1-per-pack tax on cigarettes, a 3-cent increase on gasoline, 6-cent tax increase on diesel fuel, and a 3-percent increase on oil and gas production, from 2 percent to 5 percent. Gov. Mary Fallin said she planned to sign the bill.

But House and Senate leaders agreed to pass a separate measure to repeal the $5-per-night hotel-motel tax that was expected to raise about $45 million after what was termed “furious lobbying” by the hotel and motel industry.

State Rep. John Bennett (R-Sallisaw) and State Senator Mark Allen (R-Spiro) both voted against the bill. Allen said he was concerned about the hotel-motel tax. Bennett has indicated he opposes any tax increases.

In the meantime, Sequoyah County’s school superintendents met Thursday morning in Sallisaw, and decided to close their schools, including the Indian Capital Technology Center, on Monday so teachers, if they wished, could attend the planned protest at the state capitol in Oklahoma City.

Scott Farmer, Sallisaw Schools superintendent, said a decision on shutting down schools for the remainder of the April 2-6 school week would be decided over the weekend, and information would be posted on the schools’ Facebook pages and sent to parents through the School Messenger system.

The following information was provided to parents:

“Sallisaw Public Schools will be OUT OF SCHOOL on Monday, April 2nd.

Decisions for Tuesday, April 3rd, and beyond are pending and will be made over the weekend after we consult with our staff.

As soon as we have the information we need to make a decision on whether or not we will have schools on April 3rd we will post that decision ..., on our website, and through our SchoolMessenger calling service.

Thank you for working with us and your continued support.”

“If that teacher walk-out takes place, Muldrow Public Schools will close effective Monday, April 2, 2018. Schools would be closed indefinitely until Oklahoma state leaders create a permanent, sustainable plan to pay educators a professional, more competitive salary. Information concerning this closure will be shared with you through your child’s school principal, on social media, and online at www.muldrowps.org.

“We are still working through a number of issues and concerns about the impact of potentially closing schools. I do, however, want to share a few details that may be helpful as you determine how your family will manage during a closure:

“-All school sites in the district will be closed. Any school days affected by the shutdown will be made up at the end of the school year like snow days.

“-Child Nutrition Services will work with our community partner to provide breakfast and lunch free of charge at the middle school cafeteria. Breakfast will be served from 8 a.m. to 9 a.m. and lunch from 11 a.m. to 12:30 p.m. Parents must provide transportation to and from the school site during the allotted time frame.

“-We will open the high school on Tuesday April 3, 2018, to allow 11th grade students to complete the ACT, and our 12-month-employees will serve as test proctors. Juniors will be asked to test that day from 8 a.m. to 2:30 p.m.”

Flanagan goes on to announce that district-run extracurricular programming, including athletics, will be suspended but spring varsity-level teams and activities are the only exceptions.

In Sallisaw, Farmer said arrangements are being made for ACTs, and will be announced on Facebook.

Sallisaw Schools will be serving lunch from 11:30 a.m. to 12:30 p.m. Monday, and throughout the week if the walkout continues, at the old Sallisaw Middle School cafeteria. That cafeteria was chosen because of its central location.

Meals will be free to all students age 18 and under, but transportation will not be provided.

The juniors will be returning to school on Tuesday (April 3) to take their ACTs, Wood said, and administrators will proctor the test.

And, like in Muldrow, varsity sports will continue. Wood explained that, since all schools are continuing their varsity programs, if a school doesn’t compete it is considered a forfeit.

If the teacher walkout continues past Monday, Wood said Roland School will inform parents and the public through the SchoolWay program, on the schools’ website, and on the school marquee. Parents may also call the school since the staff will be answering the phones, he added.

GardenWalk apartments in Sallisaw has arranged for meals for students only. Apartment sources announced the following this week:

“ALL meals will be served in the GardenWalk Community Room located at 1901 W. Ruth in Sallisaw:

“On April 2 at 11 am, while supplies last, soft and hard tacos provided by Taco Bueno will be served. Drinks provided by GardenWalk.

“0n April 3 at 8:30 am, while supplies last, sausage biscuits and sausage burritos (first 100 served) provided by McDonald’s will be served. Drinks provided by GardenWalk.

“On April 4 at 11:30 am, while supplies last, 15 large pizzas, provided by Mazzios, will be served. Drinks provided by GardenWalk.

The Rev. Craig Clark of Trinity United Methodist Church, on U.S. Highway 64 between Muldrow and Roland, will offer a day camp for the children of working parents.

Clark said day camp will be open at the church from 7:30 a.m. to 5 p.m., and about 15 volunteers will be assisting. Some of those volunteers are teachers. Breakfast and lunch will be served.

Clark said, “We will be open every day that the walkout lasts. Teachers from Muldrow, Roland and Moffett said they will come and help. The pastors from other churches have also said they will ask for volunteers. We’ve got plenty of room and plenty of volunteers.”

The Roland Fire Department is collecting canned foods for organizations who will be feeding school children. Fire Chief James Edwards said canned goods may be dropped off at the fire station at 300 S. Roland Rd., behind the police department.