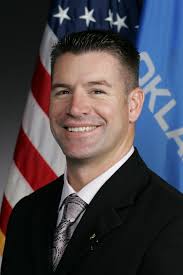 A bill I co-authored that would boost annual teacher pay passed out of the House Appropriations & Budget Committee on Monday night. It now can be considered by the full House or Representatives.

House Bill 3440 would use revenue already earned by the state Commissioners of the Land Office (CLO), but it will not take away from money school districts already receive through the State Funding Formula. Instead, it will be on top of the current distribution.

If the measure had been in place last year, the state’s 41,000-plus teachers would have each received an additional $2,500 in pay. The bill will not fund raises for school administrators.

This is the only plan currently being put forward that would give our teachers a much needed pay raise without raising their taxes or the taxes of other hardworking Oklahomans.

This measure would not dip into the CLO’s corpus, which now totals $2.4 billion – yep, that’s billion with a “b,” and it would only utilize a portion of the CLO’s revenues, not impacting other spending by the land office.

The CLO was established in the state Constitution for the sole purpose of earning money for the benefit of public schools. Each year, they give an annual distribution to public K-12 schools and to higher education. The commissioners have done a good job of earning money; they’ve done an equally good job of placing that money in various trust accounts to grow the fund and distribute only a sliver of the earnings to public schools.

The commissioners defend this by claiming any change to the fund would violate the state Constitution and the Enabling Act. They say the trust fund is inviolate and sacred. Those are words used in the Constitution, but they refer to the principal of the fund, not the income, and to the mission of the trust: the benefit of public education. The constitution specifies that the principal must remain inviolate and cannot be diminished. The income, however, is to be used for the benefit of public schools. What better way to support our schools than to pay our teachers more each year. Teachers, after all, are the lifeblood of our schools. Without a qualified teacher in our classrooms, our students don’t learn and are not prepared for the future.

House Bill 3440 charts a clearly constitutional path that will require only a portion of the earnings from the CLO be used for annual pay increases for every teacher in the state. The amount would depend on the amount of earnings from the land office each year. Oversight by the state Board of Equalization would be required.

This is a good bill, and I will be fighting for it to be passed by the House. I would encourage all teachers who would like more money in their pockets to contact the state representatives and senators and encourage them to pass HB3340.

Please contact me with your concerns, issues and input. I truly appreciate it. It is an honor to serve and fight for you as your state representative.

John Bennett represents Oklahoma House District 2. He can be reached at (405) 557-7315 or John.Bennett@okhouse.gov.