Bill to Ban Texting and Driving Passed Out of Committee 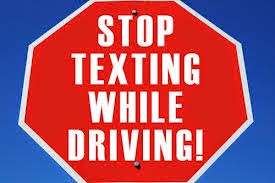 A bill aimed at curbing texting while driving easily passed out of a House committee yesterday.

House Bill 1965, by State Rep. Terry O’Donnell, strengthens language aimed at preventing texting while driving, marking a first offense fine at $250. Subsequent offenses would register a $500 fine. The measure received a “do pass” mark with an 11-0 vote in the Criminal Justice and Corrections Committee.

"I'm very pleased at the unanimous vote HB 1965 received," said O'Donnell, R-Catossa. "Public safety is the No. 1 priority of our state. In last fall's interim study, we learned that all but six states have laws directly banning texting while driving; that texting while driving makes the driver 23 times more likely to be involved in an accident; and 11 people die each day in the United States as a result of texting while driving. It's time for Oklahoma's motor vehicle laws to come into the 21st Century and provided the protection from texting and driving that Oklahomans want and deserve." The measure now heads to the House floor for further consideration.

Before that, State Rep. Mike Christian filed an amendment to the bill that would name the law in honor of two state troopers hit by a vehicle in January while investigating an overturned semi on Interstate 40 near Shawnee. Oklahoma Highway Patrol Trooper Nicholas Dees was killed and Trooper Keith Burch was injured in the accident. An investigation revealed the driver of the vehicle who hit the troopers wan distracted by his phone.