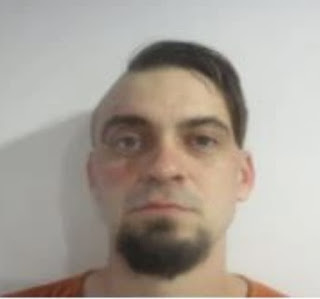 Joshua David Smith
A Sallisaw man was arrested Feb. 2 and charged with assault and battery on a police officer, a felony, records show.
Joshua David Smith, 32, faces up to five years in prison and a fine of up to $500 on the felony charge. He was also charged with resisting an officer, a misdemeanor. He was released on $7,000 bond and his next court appearance is scheduled for 1:30 p.m. Feb. 17.

According to a report, on Feb. 2, a Sequoyah County sheriff’s deputy was observing cameras in the courthouse when he spotted what appeared to be a large commotion and saw court employees following someone outside. The deputy got in his patrol vehicle and once at the front of the courthouse, several employees told him that Smith had just fled the building after a warrant was attempted to be served on him.

Smith was given several commands to get on the ground, which he ignored. He was then “escorted” to the ground while resisting arrest and finally placed in hand restraints and transported to the Sequoyah County Jail.