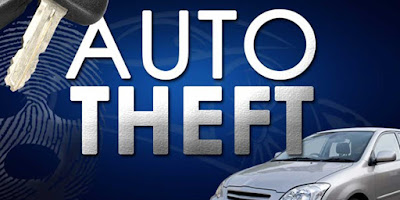 A felony arrest warrant was issued Oct. 22 for a man accused of stealing a car from a Sequoyah County woman.

Brandon Jones, 28, was charged with larceny of an automobile, a felony carrying a punishment of up to five years in the Department of Corrections or by a fine in an amount that is equal to three times the value of the property that was stolen or by fine, imprisonment and restitution.

The original report was regarding an incident that occurred in the Dollar General parking lot in Muldrow, where a police officer was dispatched in reference to a stolen vehicle.

When the officer arrived at the store, he was met by a male, who said he had left the keys in the vehicle while he ran into the store and when he came back out the car had been stolen. The vehicle’s owner was located and she came to the Muldrow Police Department to fill out a statement and the car was entered as a stolen vehicle. The owner stated that only the male driving it at the time it was stolen had permission to drive her car.

On Oct. 9, another Muldrow officer was informed that dispatch was contacted by the Vail (Colo.) Police Department about the vehicle. They contacted the car’s owner to verify that the the vehicle was still stolen.

Muldrow police then contacted the Vail police, who said the vehicle had been involved in a collision and the air bags had been deployed. Jones was the one driving the vehicle, police learned. Jones had paperwork in the vehicle showing that he had recently been released from the Sebastian County Jail in Fort Smith, Ark. He also said he stole the vehicle from a Piggly Wiggly and Dollar General parking lot in Muldrow city limits.

Jones is currently being held at Eagle County Jail in Colorado.