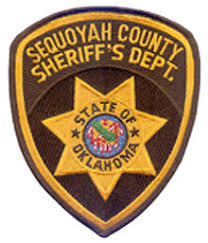 The Sequoyah County Sheriff’s Department made good on their motto of “Relentless Pursuit” with another record year.

Arrests were up, in fact record numbers for our county, and burglaries were down more than 55%. Sheriff Larry Lane said, “I am proud of the work being done by this department. Everyone is working hard and getting results, while being safer.”

In both 2017 and 2018 arrests averaged at around 1,500 per year. This more than doubled the amount of arrests of previous years.

There was also a number of warrants reported. Executed search warrants for 2018 were 47 and 57 in 2017, according to department numbers.

Burglaries were reportedly down more than 55%.

Lane said, “From day one we told them that they (the criminals) had three choices, (1) stop selling drugs, (2) move out of the county or (3) prepare to go to jail."