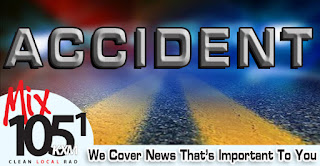 A Park Hill woman was hospitalized but three area teens were reported not injured in a wreck at 11:12 p.m. Saturday about 16 miles south of Tahlequah. The Oklahoma Highway Patrol (OHP) reported Kassi Burkart, 18, of Park Hill was admitted to Tahlequah City Hospital with head injuries and was listed in stable condition.

The OHP reported a 16-year-old male and a 15-year-old male, both of Vian, and a 16-year-old male from Cookson were not injured in the one-vehicle crash. The OHP does not release the names of juveniles involved in wrecks. The Cookson Fire Department was called upon to free two of the teens who were pinned in the vehicle.

The OHP reported Burkart was driving a 2003 Jeep east on State Highway 82 when she failed to negotiate a curve and ran off the road to the right. The jeep rolled an unknown number of times before stopping on its wheels in a ditch.

The crash is still under investigation, according to the OHP.