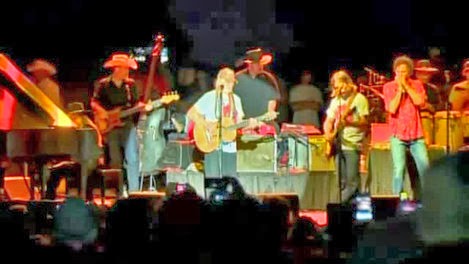 The Willie Nelson Fayetteville concert has been tentatively rescheduled for Tuesday March 4 at the Walton Arts Center.  The performance, originally set for November 26, was postponed due to an accident involving Nelson's tour bus.  Although Nelson was not on the bus at the time of the crash, three of his band members were injured.  One suffered an ankle injury, another sustained injury to his hip and the third member had rib injuries.

In 2012 Nelson cancelled a show scheduled to be held at the Ft. Smith Convention Center due to lack of ticket sales.

For more stories visit us at www.kxmx.com
Posted by News Team at 12:54 PM