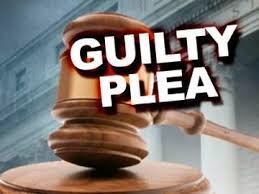 A Muldrow man has pleaded guilty to being a felon in possession of a firearm. Terry Wayne Hyatt, 34, entered the guilty plea in U.S. Federal Court in Muskogee. The crime is punishable by not more than 10 years in prison and up to a $250,000 fine. The charge arose from an investigation by the Muldrow Police Department. Hyatt was indicted in November. The indictment alleged that Hyatt, on Feb. 13, 2014, was in possession of a firearm that had been shipped and transported in interstate commerce. Judge Kimberly E. West accepted the guilty plea and ordered a pre-sentence report. The defendant will remain in the custody of the U.S. Marshal Service pending sentencing. By Sally Maxwell, Senior News Director