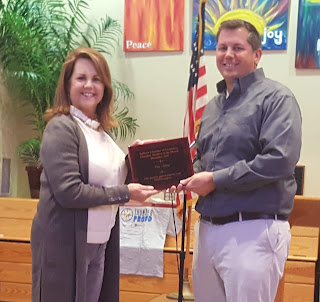 Sallisaw Chamber President Jeff Mayo presents a plaque to Nan Stites in recognition of being named the Chamber Member of the Month during its December membership meeting.

Greg Womack with Oklahoma Blood Institute shared information about the Thunder Holiday Assist Blood Drive, set for 11:30 a.m. to 6 p.m. Dec. 27 at the Sallisaw Civic Center. He said Sallisaw was fortunate to be one of only two cities in eastern Oklahoma to host a Thunder Holiday Assist Blood Drive, where donors will receive an Oklahoma City Thunder T-shirt and will be entered for a drawing to win a pair of Thunder game tickets.

Nan Stites was named the Chamber Member of the Month for December. Mayo said Stites has been an active volunteer in the community, especially so since her retirement from teaching in 2011. She is actively involved in PTO, CHIO, PEO, CASA, working with the local high school scholarship committee, and volunteers as a nursery worker at Immanuel Baptist Church. Stites also serves as a Sallisaw chamber of commerce board member, facilitating the Leadership Sallisaw class. She remains active with the local boy scout troop, recruiting volunteers and transporting scouts to events.

Entertainment for the luncheon was provided by members of the Sallisaw Middle School Diamond Dazzlers, performing a variety of Christmas songs for chamber members in attendance.

Chamber Director Marty Green announced the winners of the Storefront Decorating Contest. Winners were chosen in two categories – Businesses with Lawns and Windows Only. Winning first place in the Businesses with Lawns division was Village West Apartments. Second place went to Rose Rock Estates, and the Old Sallisaw High School Association won third place. In the Windows Only division, first place went to Ruger’s Grill, winning second place was A Better Bargain, and third place went to Sallisaw Tag Agency. Assisting Mayo with the award presentations were Margaret Perry and Jaime Henson with Sallisaw Main Street and Laci Gabbert with the Sallisaw Chamber. Green said 14 businesses entered the storefront decorating contest this year, and judges had a tough time deciding on winners, because all the displays were wonderful. 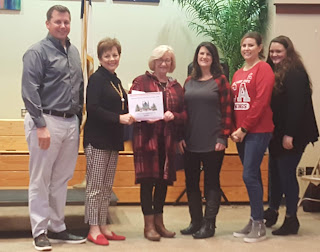 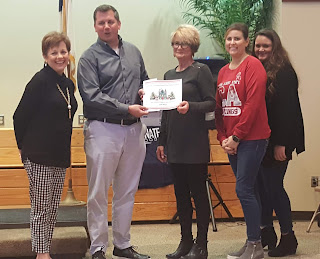 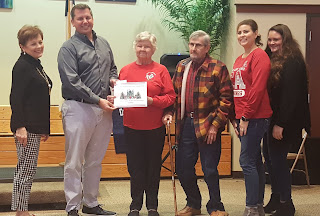 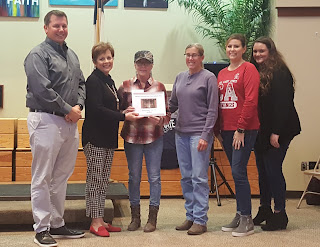 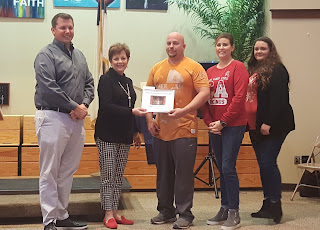 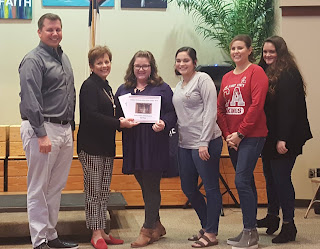