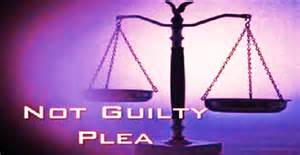 Jeffery Scott Allred, 41, entered a not guilty plea to a felony charge of embezzlement from Journey Church at his initial arraignment Wednesday in Sequoyah County District Court in Sallisaw.

Allred did appear in court, before Associate District Judge Kyle Waters, and his next court appearance for disposition of the case will be at 9 a.m. Jan. 6.

He was formally charged with embezzlement on Friday after an investigation by the Sallisaw Police Department.

A forensic audit called for by the church elders revealed that Allred allegedly submitted multiple receipts to the church that did not match the items purchased. The report alleges that some of the receipts were for large kitchen items that were not at the church but at the Allred pool house and some were for a golf cart, which the church does not have. The church has also filed a civil lawsuit against Allred to recover funds in excess of $10,000. In the civil lawsuit, attorneys for the church allege Allred made purchases for his own gain, and not for the church.