Beaird Trial Continued Until Next Year 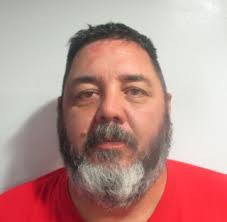 The trial for the former commander of the local Marine Corps League has been continued into the new year.

The next court appearance for Alan Wayne Beaird, 49, on an embezzlement charge is slated for Jan. 18. Beaird is charged with embezzlement for taking money from the league. He was charged Sept. 27, 2016, for allegedly embezzling a sum “in excess of $1,000 that belonged to the Marine Corps League.”

The case was continued on Nov. 2 at the request of the state which said more time was needed to obtain bank records.

According to the affidavit filed with the charge Beaird became a suspect when money was found missing and it was believed “Beaird to be the responsible party.” The affidavit notes that Beaird was removed from the commandant position early in 2016.

The affidavit notes that Beaird would sign out the league’s debit card and not return it or the required receipts to the league’s paymaster.

The affidavit concludes “…the Marine Corps League has held multiple fundraisers and received thousands of dollars in donations. . . .Beaird always insisted on making the deposits. . .” but would have an excuse for losing the deposit slips. “At this time it is unknown if any of the donation money had been taken.”