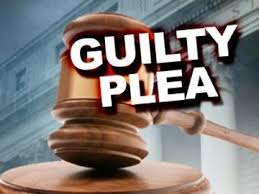 Jade LaRae Obregon, 38, of Sallisaw has pled guilty to theft of federal program funds in U.S. District Court in Muskogee.

The U.S. attorney’s office announced Obregon’s guilty plea Thursday. Obregon was charged with stealing diabetic test strips from Sequoyah Memorial Hospital in Sallisaw, worth at least $5,000. The crime is punishable by up to 10 years in prison, a fine of up to $250,000, or both.

The indictment alleged that Obregon, a hospital agent, stole the property from Jan. 1, 2012, through Dec. 31, 2013. The Federal Bureau of Investigation investigated the theft, and Obregon was indicted in March.