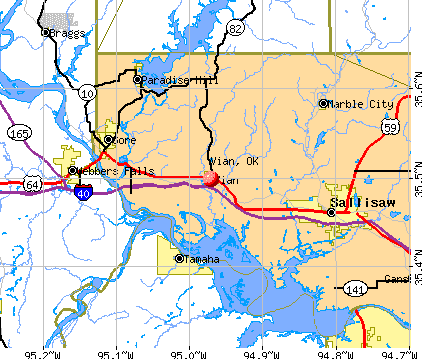 Vian officers responded to a call Thursday evening regarding an unresponsive infant at a home on Columbia St.

Sheriff Ron Lockhart said the investigation into the 2 month-old baby's death is being led by Vian Police with the Sequoyah County Sheriff's office assisting.

Interviews are being conducted by the Sheriff's office to try and find out what happened.  However, the specifics of the child's death are not being released, but the situation is suspicious, Lockhart said.  He also stated the father of the baby has been taken in for questioning.

An autopsy will be performed to determine cause of death.

For more stories visit us at www.kxmx.com
Posted by News Team at 10:58 AM